Wedding of the Week: Brianna & Jason

Brianna and Jason met online, via OkCupid. Jason messaged Brianna first and they went on a date the following day, exactly 6 years before their wedding day. Jason was really nervous and Brianna found that endearing. Out of nowhere, Jason asked Brianna if she believed in dinosaurs–of course, she did (she’s been to the Museum of Natural History, after all). He laughed, and said, “Good, then we can keep having dinner then.” Apparently, Jason had talked to other girls who didn’t believe in dinosaurs. They’ve been together ever since!

The Proposal
Brianna and Jason designed the ring together, using a diamond from a family heirloom of Brianna’s. It was simple and unique just like Jason wanted and had the family diamond that Brianna wanted to use for sentimental reasons. Brianna, therefore, knew that Jason had the ring the day that he picked it up. He kept telling Brianna that he wouldn’t propose that same day–he wanted it to be a surprise. Surprise, surprise, he proposed that night when Brianna didn’t expect it! 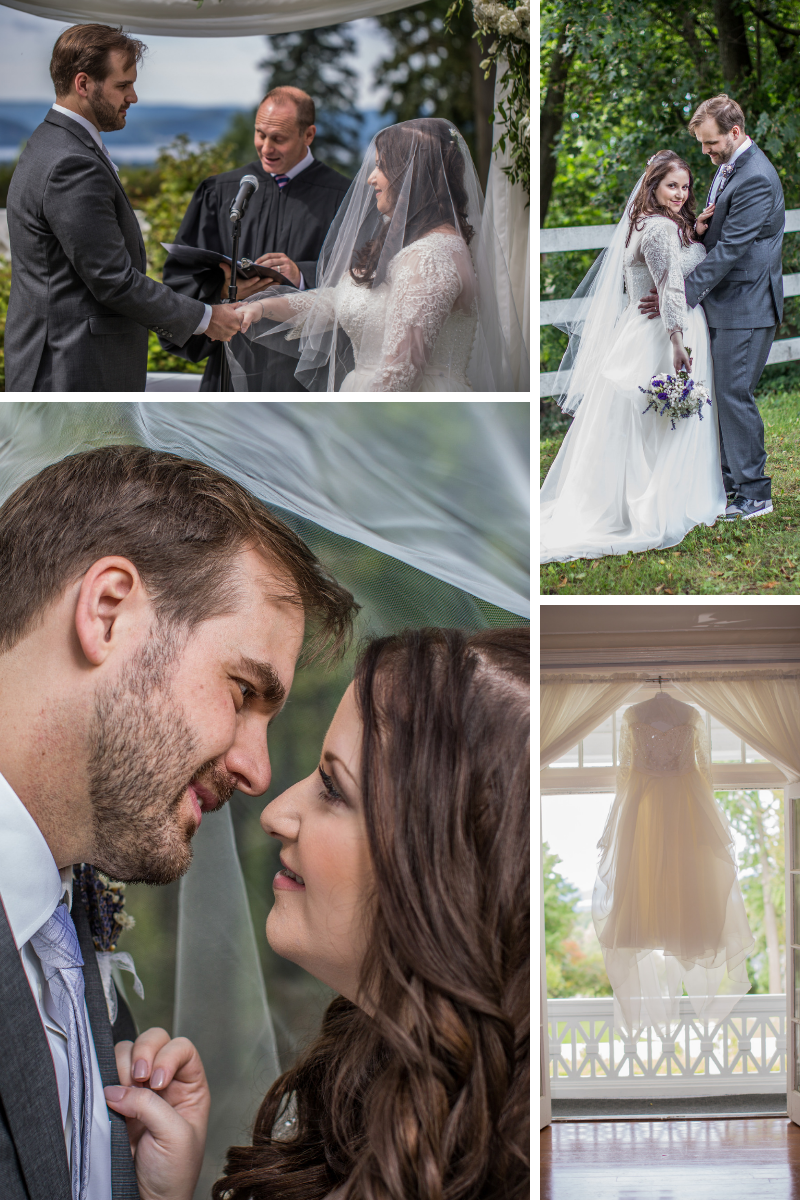 Wedding Inspiration
“We wanted our wedding to feel classic and romantic, with a touch of rustic and modern. We stuck to white flowers and greenery with a little lavender thrown in (for relaxation)–our favorite color is purple so my Maid of Honor wore a purple dress and the best man wore a purple tie. We wanted to focus on the big picture–us getting married–rather than the little details. We were very laid back with the planning. Our families paid for the bulk of the wedding, so we compromised a lot in order to save money where we were able to and have no regrets! We don’t look back and wish we had bigger center pieces or different flowers–we’re just so grateful that we got to get married and have such a beautiful and fun day celebrating!”

Favorite Wedding Memory
“Brianna’s aunt, Jason’s mother, and Jason’s grandmother were helping button up Brianna’s dress just before the ceremony (a very special moment) and two of the loops broke! The florist, who happened to also be the venue owner’s wife, came up to the bridal suite and sewed Brianna into her dress! It became a funny anecdote shared with guests throughout the day. Of course, one of our favorite memories was exchanging our vows! We have a secret code to say that we love each other without using words (we squeeze the other’s hand or arm twice) and we did that a few times. Brianna’s cousin was officiating (he’s a judge) and he cracked a few jokes and kept the crowd engaged and us calm. The day started out cloudy, and as we were saying our vows the sun came out and shined on us–a very magical moment! After the wedding, which ended at 4:30, most of us went back to Brianna’s Aunt and Uncle’s house and had an after party with food and drinks and hung out in the backyard and just relaxed–it was a nice opportunity to actually sit down and talk to our guests!”

D.I.Y. Details
“Brianna ordered candy in bulk and put together favor bags for the guests! It involved measuring every type of candy and putting together a detailed spreadsheet to ensure that each bag had equal amounts of candy! It took a few hours, probably wasn’t worth it, but we hope everyone liked it!”

& a Word of Advice…
“Try not to stress so much about things that won’t matter after you say “I do.” Your guests really won’t remember your center pieces–focus on what really matters. Do what will make you feel confident and special, and remember that the day is about you and your spouse! Do what will make you both happy! “ 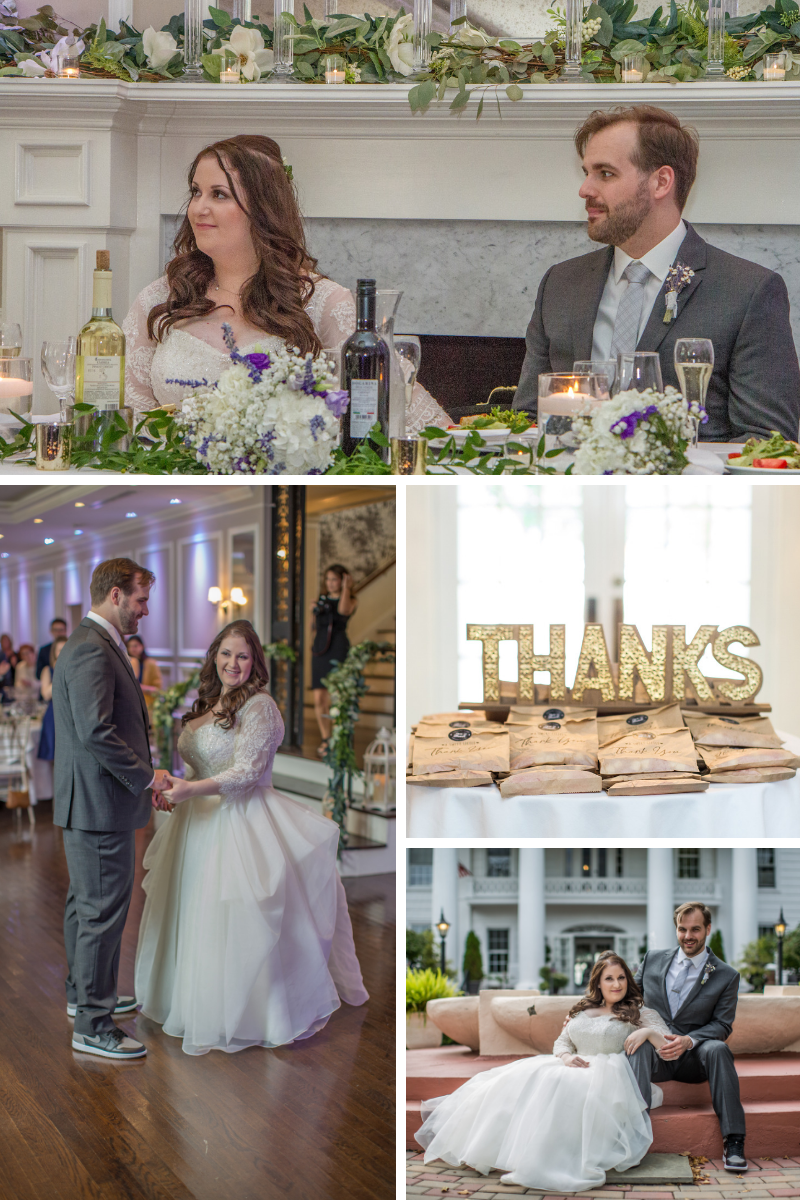 “Jason and the best man, Brendan, wore matching sneakers instead of dress shoes! Brianna and Nina also wore sneakers! Brianna wore a pair of Keds from their new Bridal line. Our wedding day was also our 6 year anniversary! Jason completely forgot to take his time walking down the aisle and just power walked straight through! The best man, Jason’s brother, played acoustic guitar for the processional and the recessional–it was a huge hit! “