Wedding of the Week: Rose & Jason

Rose and Jason met while Rose was working as a coordinator in an Emergency Department and Jason for Police & Security. The couple started talking often at work and on August 3, 2011, Jason decided to ask Rose if she’d like to go for a coffee sometime. On August 16, 2011, they went on their first coffee date at Panera Bread and stayed for hours talking about everything. After that day, Rose and Jason were inseparable. On September 8th after an amazing date, the couple decided to put a title on what they had and became girlfriend and boyfriend.

The Proposal
On June 17, 2017, after nearly 6 years together, Jason asked Rose to go to Boston on an overcast Saturday to return something he had purchased at the Prudential Center. After strolling around the Prudential, the couple found themselves walking down Boylston Street. Jason asked Rose to take a photo of him at the Boston Marathon Finish Line, a line he had crossed exactly two months before when he ran 26.2 miles. When Rose reached for her phone to take a photo, she found her now husband on his knee with a ring in his hand. Jason then asked Rose to marry him and the couple celebrated by doing one of their favorite activities together..having coffee! 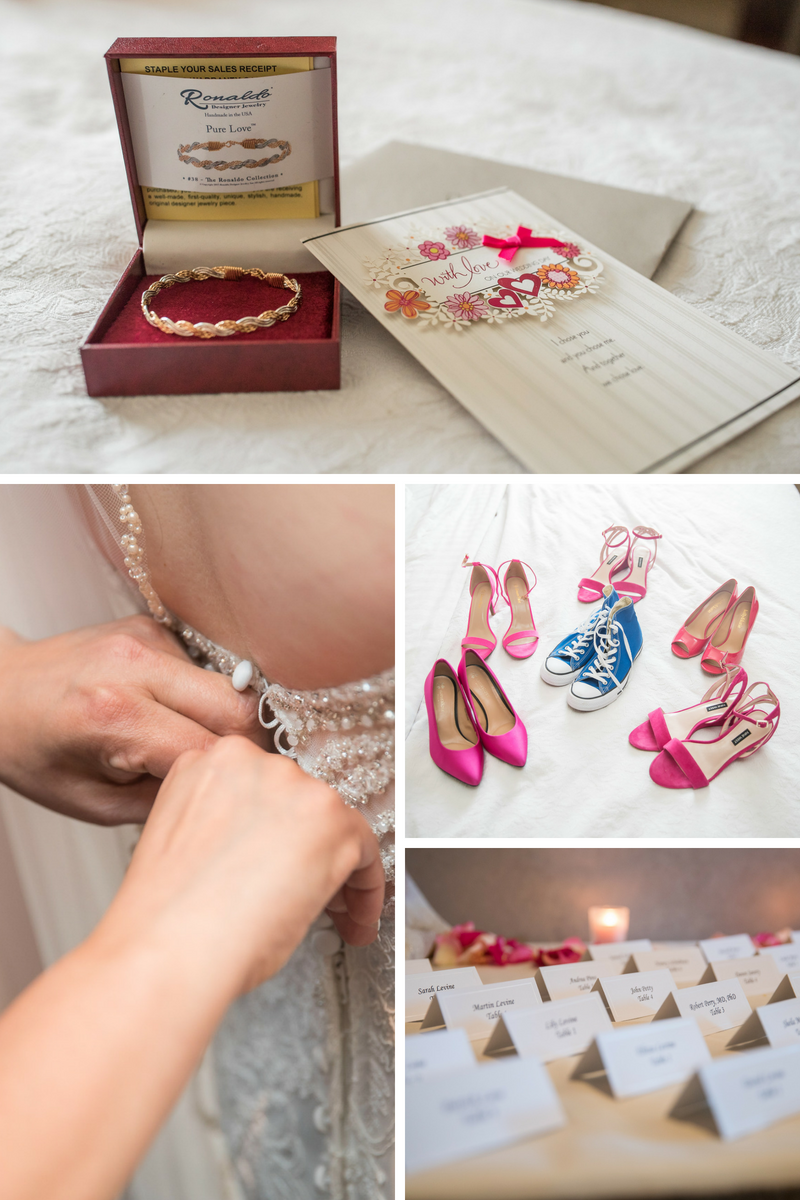 Favorite Wedding Memory
“One of our favorite parts of the wedding day was seeing each other for the first time under the chuppah. It was so special for us to not do a preview beforehand and to get the genuine expression of my husband seeing me for the first time. I also enjoyed the dance with my father as he had medical issues last summer and was unable to walk. The day was full of wonderful memories.” 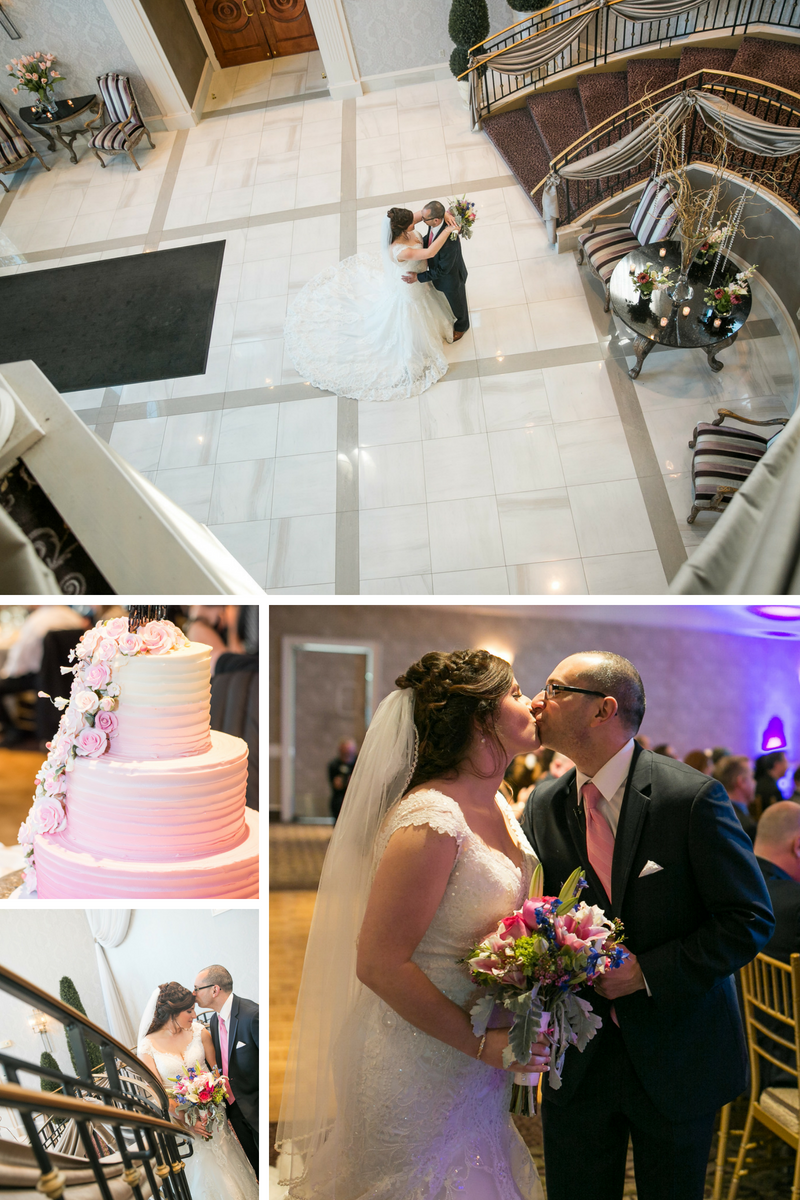 D.I.Y. Details
“I purchased my own vases to save money on the centerpieces that the florist made.”

& a Word of Advice…
“I would tell couples to make sure to enjoy the day because it goes by really fast. You should also go with your instincts when making decisions and don’t ask too many people their opinions because you start second-guessing yourself. Also say to yourself, “Everything is going to be perfect” because it will be.” 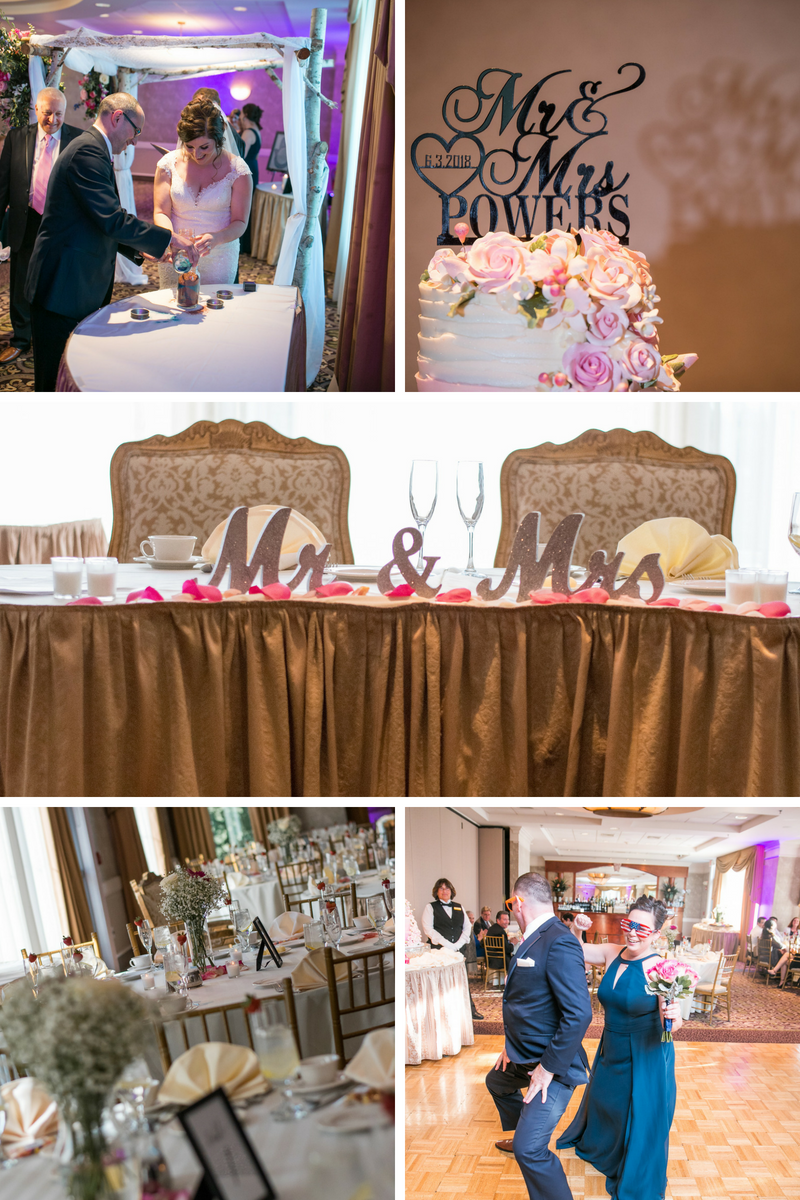