Wedding of the Week: Shauna & Dan

How They Met: Dan and Shauna met in New Hampshire in 8th grade. They passed notes and Shauna found out that Dan liked Tic Tacs (and she liked him) so she got Dan some. The couple became “boyfriend and girlfriend” and did things like hold hands at the movies and go for ice cream. In 9th grade, Shauna and Dan split (because ya know, they were like 14 and that’s life.) Nearly ten years later, they reconnected on social media and decided to hang out next time Dan was home, since he had joined the Air Force and was stationed in North Dakota. Shauna and Dan had an amazing one-week summer fling and parted ways again. In 2010, they connected once again and he offered to fly Shauna out to visit in North Dakota. She accepted and they had such a great time even though Shauna had too much to drink out of nerves the first night and puked off the side of the front steps outside his apartment building like an amateur (Shauna’s words ;)) They decided to try the long-distance thing and that led to Shauna moving out to Arizona to be with Dan at his third duty base. From there they got engaged and the rest is history!

The Proposal: In March of 2016, Dan and Shauna took a long weekend trip to Sedona, AZ, to see the Grand Canyon and get some rest and relaxation after he had just returned from a deployment. On the day of their Grand Canyon tour, it was sunny and breezy, literally perfect. They got to a place called Grand View Point and Dan suggested they break away from the tour group to explore. Dan took a selfie of them and then gave Shauna the phone saying “look, there’s something in the picture.” His hand was open in the picture and something was in it. It was shiny and looked like a little.. Circle?) Shauna looked up and he was down on one knee. Dan asked her with the view of the Grand Canyon right there behind him and Shauna states that she doesn’t think the sound she made was audible to humans.

Congratulations to the newlyweds! 🙂

We were able to ask Shauna and Dan some questions about their wedding planning and the big day! 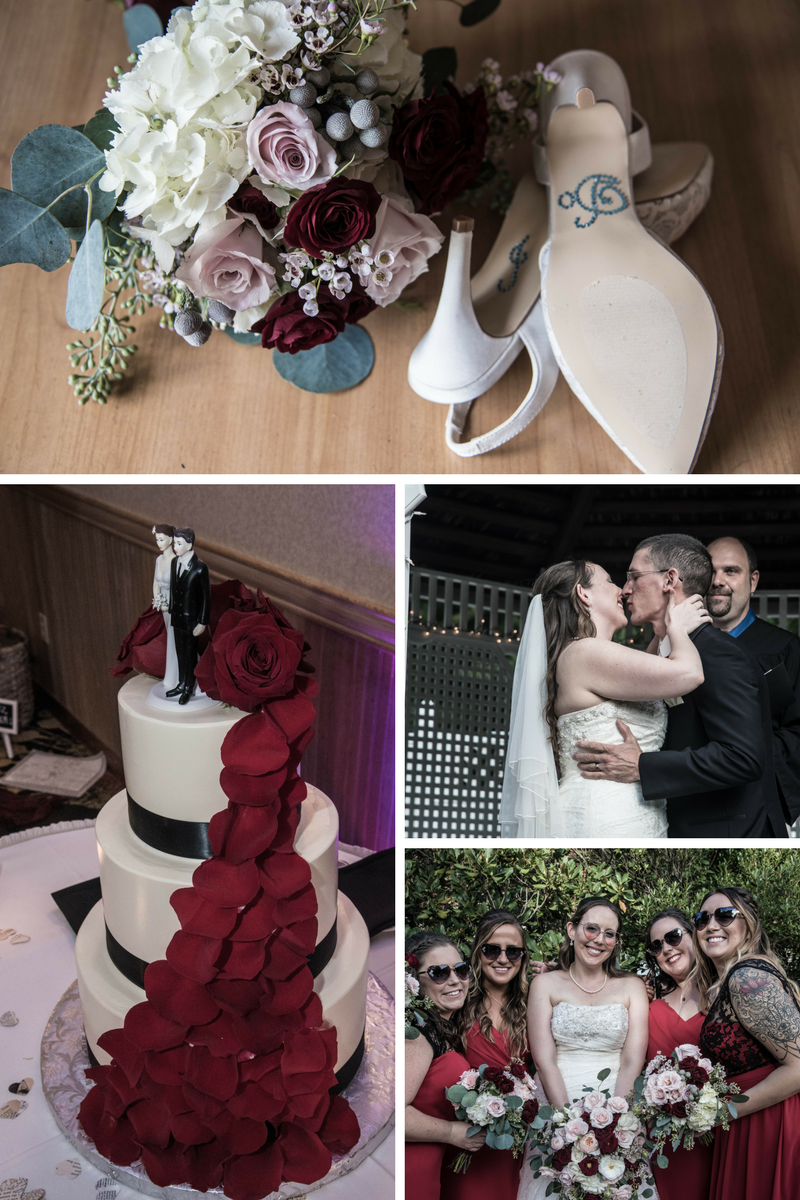 Q: What were you inspired by while planning your wedding? (Theme, Color Combinations, Places?)
A: “Classic romance, fall in New England”

Q: What were some of your favorite wedding day details/memories?
A: “Seeing each other’s faces as I was walking down the aisle! Taking pictures on the bridge at our venue (Executive Court Banquet Facility in Manchester NH.) It didn’t hurt that our awesome photographs kept telling us to give each other a smooch hehe.” 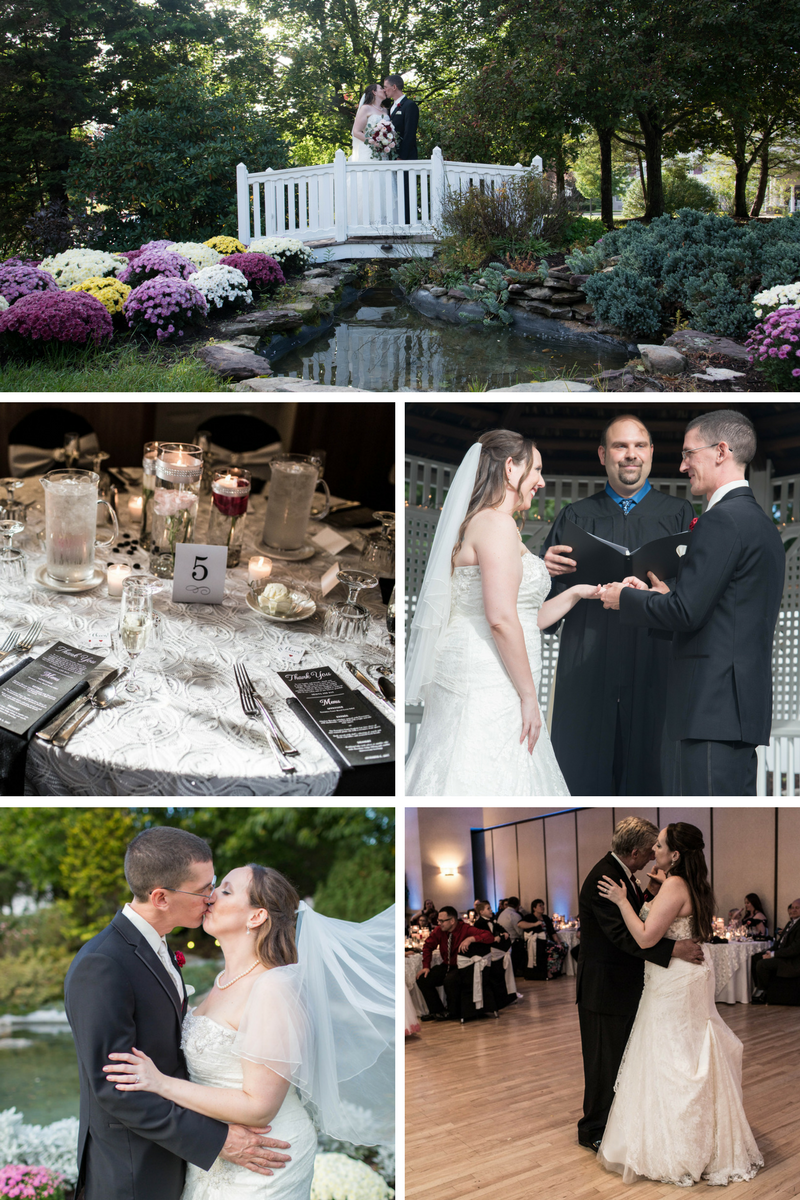 Q: What advice would you give to future couples planning their wedding?
A: “It’s never too early to start planning. The last two months prior can be really stressful. Don’t let it consume you and take advantage of all the amazing people in your lives offering to help! Also, strongly consider getting a videographer- it’s only been a month since we had our wedding and I’ve already enjoyed watching it (plus a couple of our loved ones who couldn’t make the trip were so happy to be able to see it!)”

Q: Is there anything else you’d like to share about your big day?
A: “We were truly thankful that our photographers were creative and had tons of ideas because we were kind of too overwhelmed to come up with ideas. Thank you for giving us wonderful memories (both pictures and video!)”

DJ: Get Down Tonight – Salem, NH