Wedding of the Week: Samantha & Michael

Samantha had moved to Las Vegas and was attending UNLV. She didn’t know many people and tried dating through online dating apps but it was becoming increasingly frustrating. At the time she worked at UNLV as well as taking classes. Michael also went to school there and they had a mutual friend. One day she saw her friend Zack in the student union, he happened to be sitting at a table with Michael. At this point she had given up on online dating and deleted her profiles. She stopped to talk to Zack and ended up talking to Michael for a while after Zack had left. Michael let her know of a job at the library and asked for her number so he could send the link. They went on our first date three weeks later.

He took Samantha to a fancy dinner, and she knew he was going to ask. She said yes of course. He then took her to see Elton John perform at Caesar’s Palace. Pretty standard dinner and show engagement. 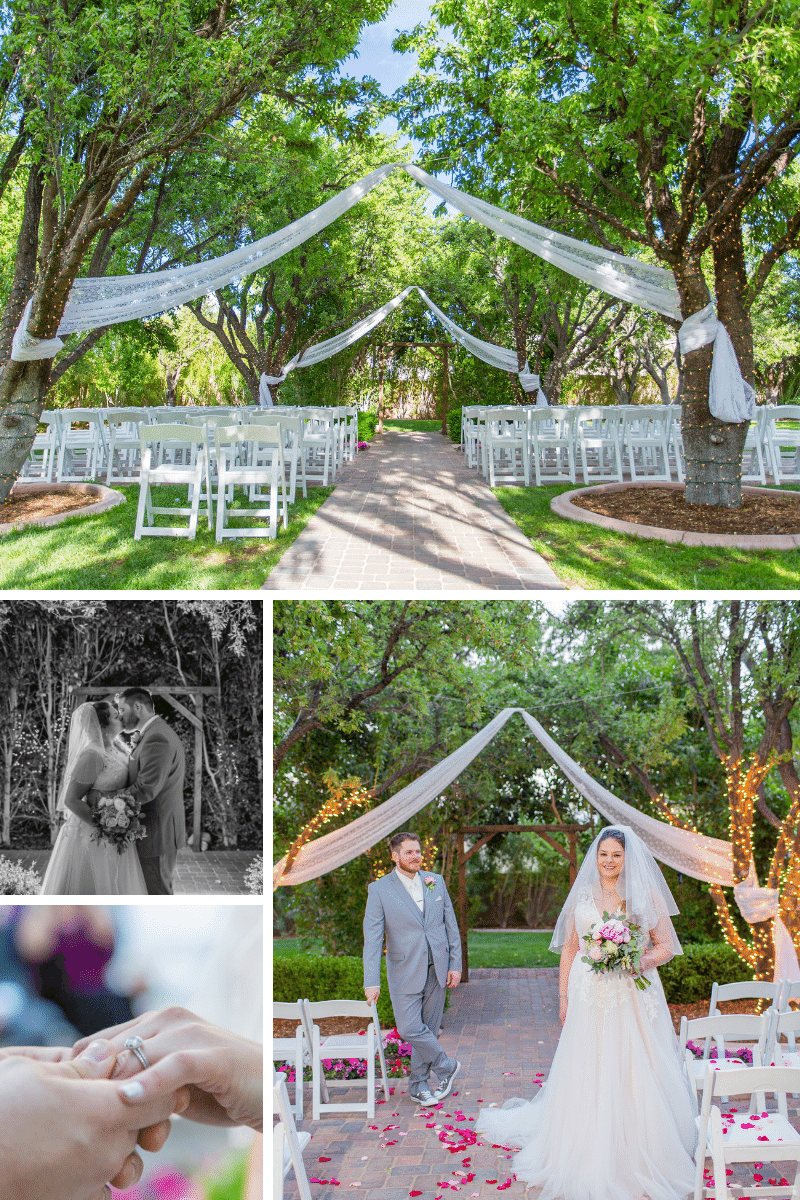 Wedding Inspiration "I have actively used Pinterest for years. So that was a jumping off point for my inspiration and ideas. We ultimately decided to get married on earth day and themed a lot of things around that idea. I ended up choosing pink, teal & silver as my wedding colors because it didn’t make a difference to Michael, I think those colors work together and it’s not a typical choice."

Favorite Wedding Memory "The venue was beautiful and a lot of loved ones we hadn’t seen in a while were there. Michael said his favorite memory was of watching me walk down the isle. My favorite memories are taking our photos, our first dance and the maid of honor speech." 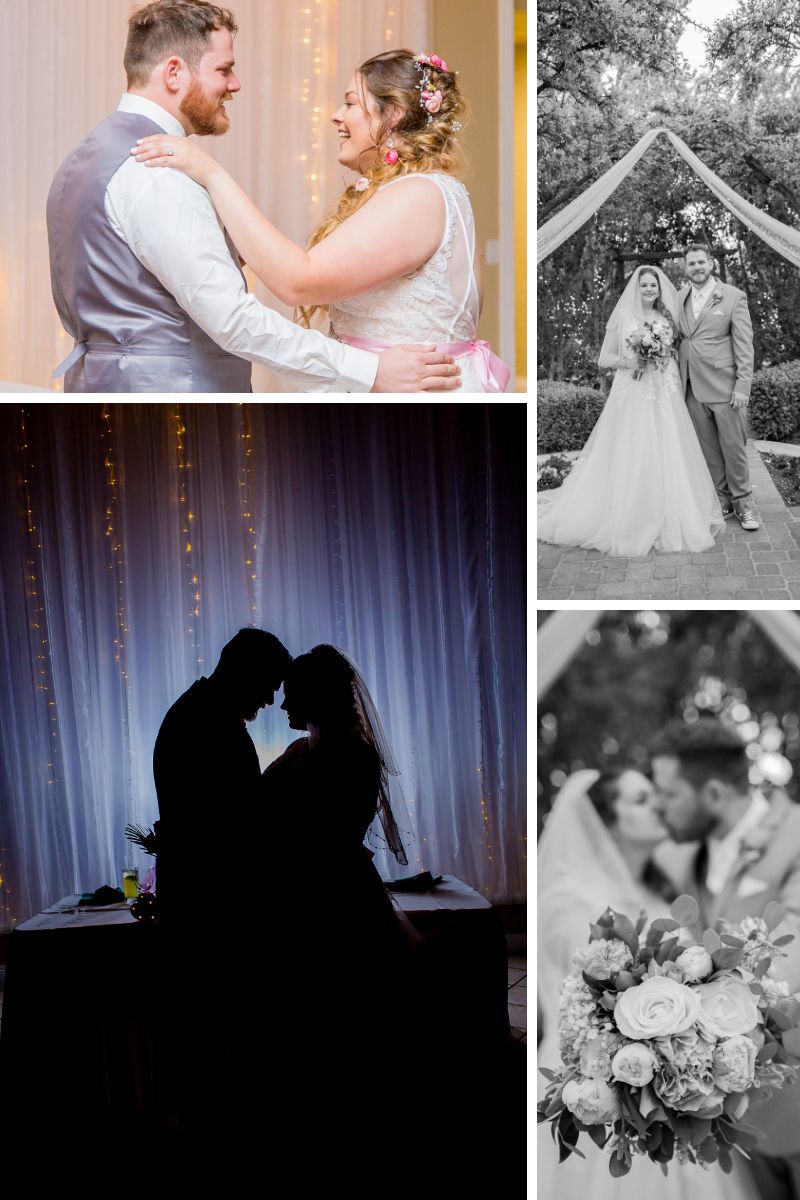 D.I.Y. Details "We made our programs, invitations, centerpieces, guestbook, cake topper and brought our own decorations. For most of the stuff I got inspiration or ideas from Pinterest. I shopped a lot at targets dollar spot. Each season they have different cute stuff, trays, candle holders, chalkboards, good for decorations. Our guestbook was a globe I had taped the land masses and spray painted. We got sticker letters to write “And so our adventure begins Michael and Sam 4.22.2019”. Some of the decorations I just already owned as home decor. So it was easy to repurpose for the wedding. I bought books of map themed scrapbooking paper to make the programs. I downloaded free fonts and formatted all of the invites as well as the programs and place cards using pages. I used text boxes to type everything in so I could place everything how I wanted it. We went to Michael’s and Hobby Lobby a lot! (They both have coupons on their websites) I bought the peg dolls at Michael’s, that I used to make our cake topper. I also bought clay and used paint, a small flat wooden heart and some fabric scraps I already had."

& a Word of Advice... "Accept that something will go wrong, multiple somethings. Especially days before. Try to get everything done as early as possible. The few days before the wedding I’d rather had time to relax than finish wrapping gifts or making programs. Looking back I should’ve gotten a friend to drive me to the venue instead of driving myself. It was 30-40 minutes away and I was anxious and feeling rushed during the drive. Let your wedding party know their responsibilities at the time you ask them to be involved. They will probably help with things you don’t anticipate like driving you places. I didn’t know I had to ask people to give speeches. The DJ at my wedding asked me two weeks prior, who would be giving speeches before I realized I was supposed to have asked people. Ask your speech givers to prompt people to drink during the toast.... or no one will. " 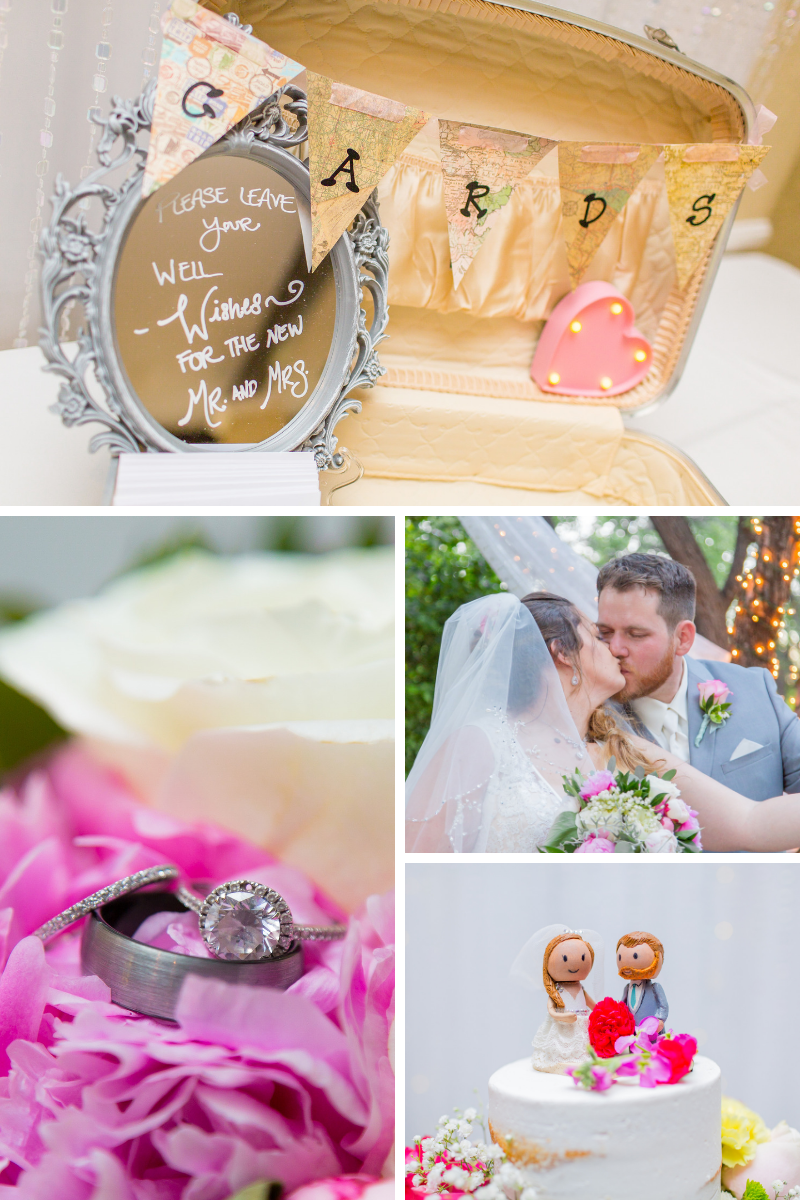 "Thanks to the help of some friends our dog was a part of our wedding and walked down the aisle with our ring bearer. Time went by way too quickly! I didn’t expect it to be like that!" 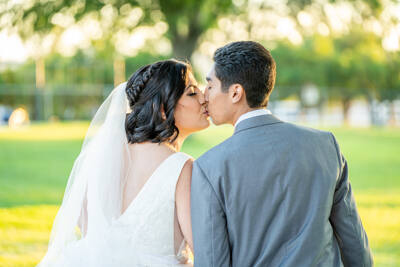 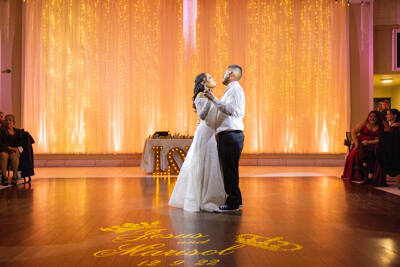 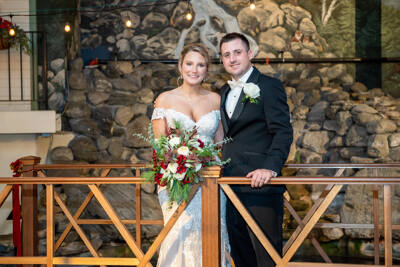 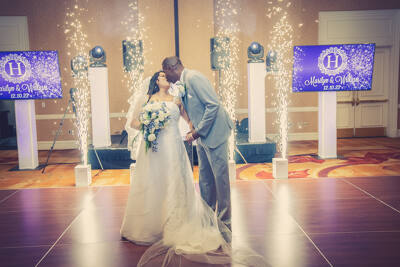 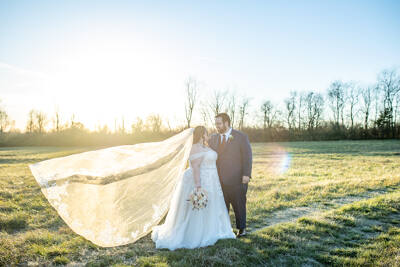