Wedding of the Week: Whitney & James

Whitney and James met through work at Best Buy when they were 18. Whitney thought James was cute right away and they went out bowling with some friends a few weeks after Whitney had started at Best Buy.  Whitney says “I can still remember what he was wearing, he was so fine and I knew I was going to have that man.”

The Proposal: James was actually in a very bad motorcycle accident that shattered one of his vertebrae in his spine. It was a long recovery but James did it and is now on his way to becoming a ‘bionic man’.  A few months after the accident he said, “Let’s take the Samurai out for a drive,” to Whitney.  So the couple went out and took it off roading (kind of). Whitney said it was so bumpy so she kept telling James to turn back. Thankfully James didn’t turn around, but stopped on the side of the road which was surrounded by trees, mainly because Whitney had to pee! (she promises there was no one around ;))
James and Whitney took a picture of themselves and at the second shot she looked down and bam! James was holding the ring and Whitney just automatically starting crying. He got down on one knee and Whitney feels so bad, but honestly can’t tell you a word of what he said. Whitney was so excited and started crying her eyes out, shouting ‘yes!’ at him!

We got to interview the couple and get some feedback about their special day! 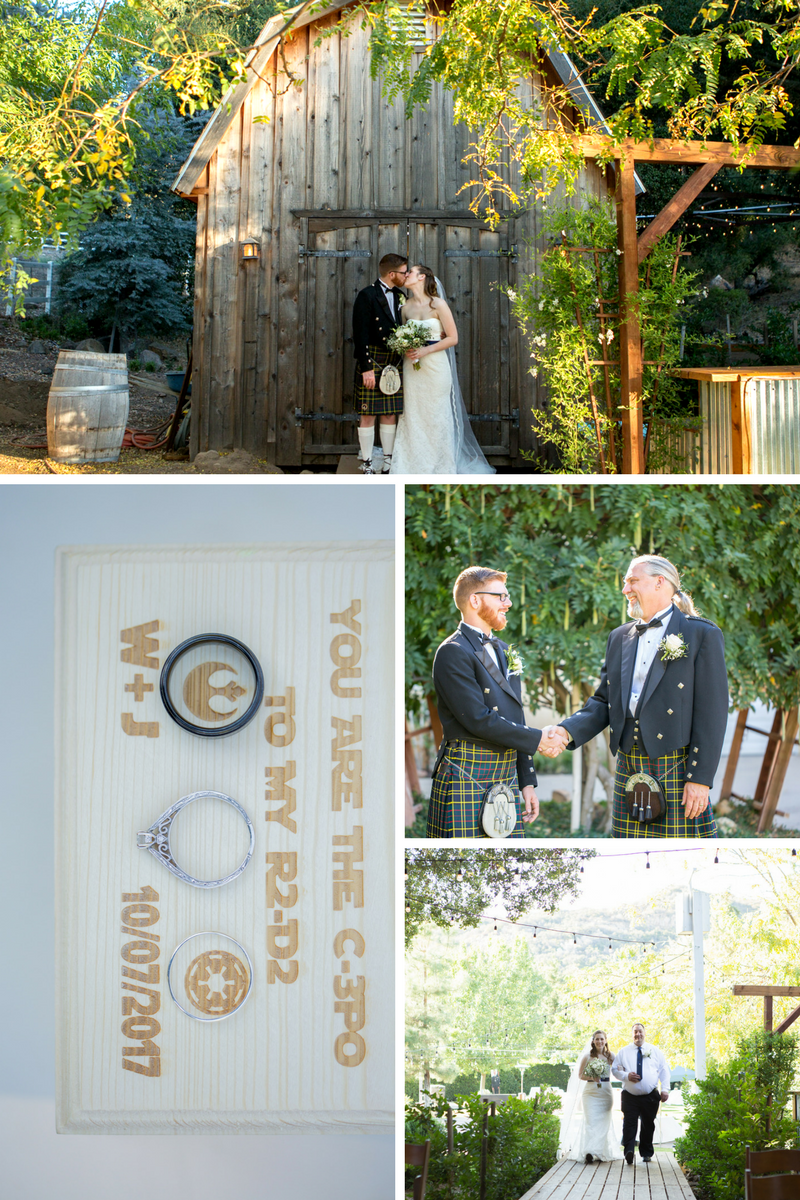 Q: What were you inspired by while planning your wedding? (Theme, Color Combinations, Places?)
A: “Nature. Our venue was such a beautiful venue on its own we just wanted that to be what stood out the most.”

Q: What were some of your favorite wedding day details/memories?
A: “My husband and I are HUGE Star Wars fans, and we made incorporated it in little ways. I had Galactic Empire earrings, which is the tattoo my husband has. We had a Star Wars ring box, and our DJ actually saw all these details and made the Star Wars theme song our introduction song which was just perfect and so amazing!” 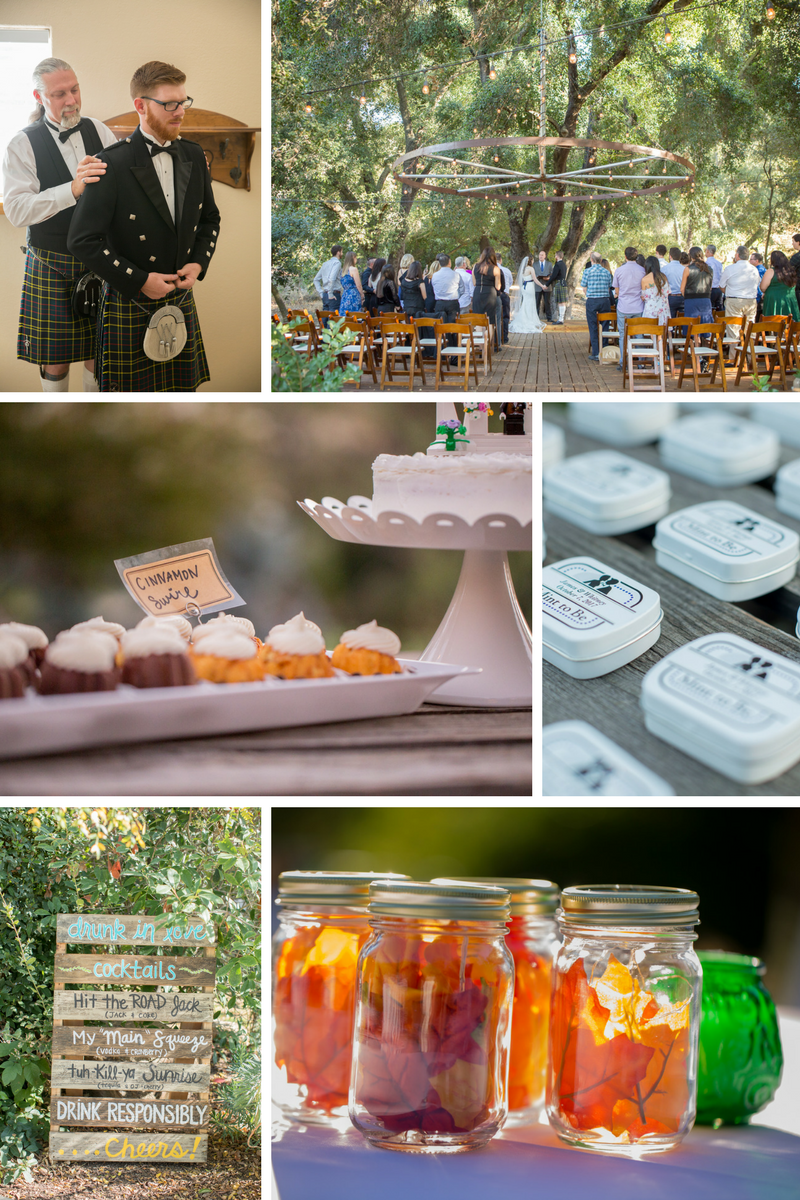 Q: Did you have any D.I.Y. (aka Do It Yourself) details?
A: “We made our own centerpieces. We bought fairy lights online, mason jars from Walmart, and fake leaves from Michaels. I hot glued the battery pack of the lights to the lid of the mason jars and had the leaves placed around the inside glass so you couldn’t see the lights. The lights last for about a day. They looked great at night.”

Q: What advice would you give to future couples planning their wedding?
A: “It’s worth it. I got so deflated looking at all these vendors and not finding what I liked or something at a good price, which also made me incredibly frustrated. I promise though it is worth it in the end. We had such a great day and we got married which was the wedding is truly all about. Also, make a separate wedding email! It’s so easy to organize and you can look at it when you want to.” 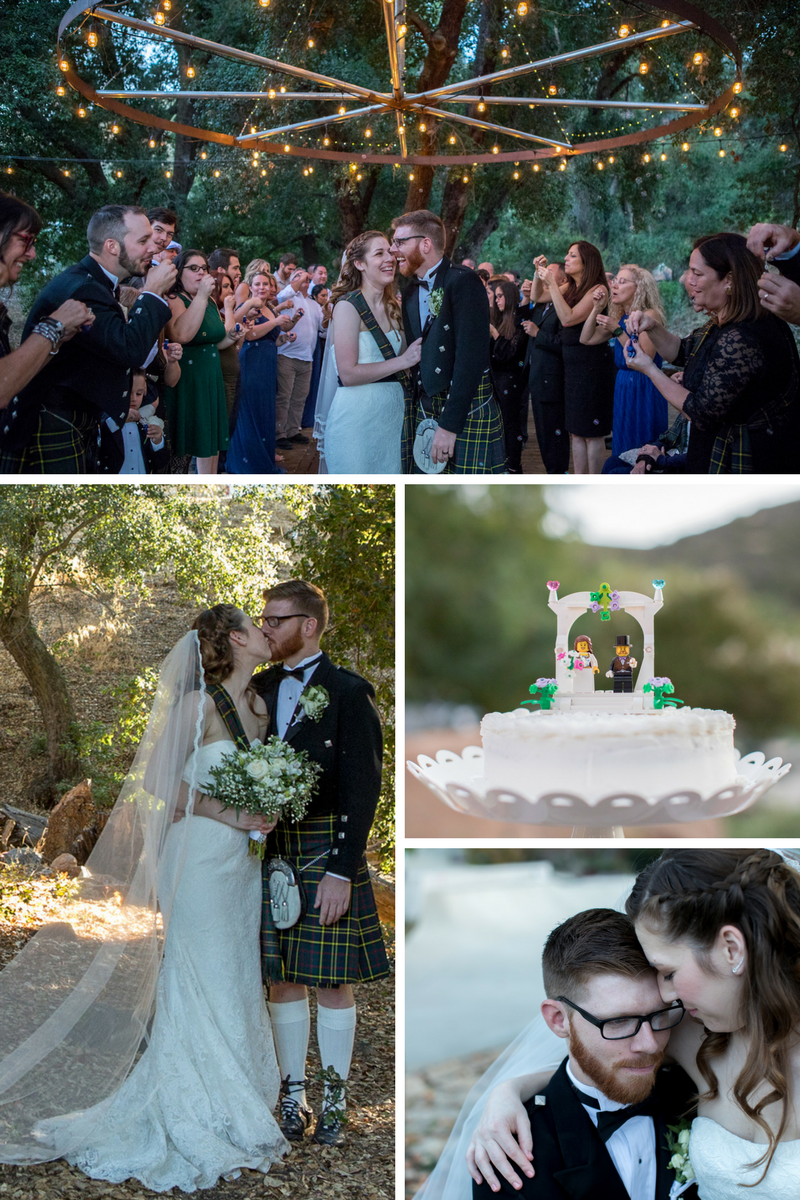